Moby Dick, or, the card game 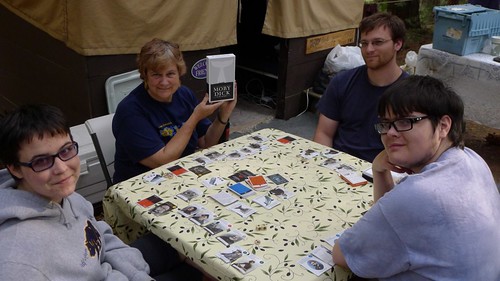 This week my family has been playing “Moby Dick, or, the card game” almost daily at the University of California at Berkeley’s Lair of the Golden Bear Camp Blue. This game was a Kickstarter project by King Post that I invested in last year. I gave it to my son-in-law Matthew, who loves games of all kinds. “Moby Dick” is great fun – we plan to buy more copies! The card graphics are interesting and well-executed. The game play is fast and dependent on both luck and strategy. An added benefit is that the classic 1851 whaling story Moby Dick by Herman Melville is one of my favorite novels.

Matthew, Jessica, Paul and I made some rule changes to improve play: