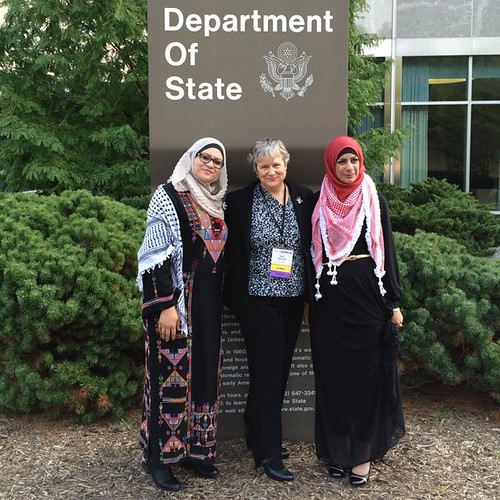 One of my motivations in working with Mai Temraz (of Palestine) and Seham Al Jaafreh (of Jordan) to create the Arabic Mentor-Protege video set by Everwise was to respond to discussions I had in the Middle East last year. As I wrote in my February 2013 blog entry “Honoring Our Own Generosity“, I was surprised and concerned to be twice told that in Arabic, that the saying is not “Give and Take” but “Take and Give”. Some doubted that mentoring would work in Arab culture. Yet, I have been treated with nothing but extraordinary generosity in my travels in the Middle East.  Also, in the last four years, I have seen the TechWomen Emerging Leaders from the Middle East thrive in that professional mentoring program.  I think that mentoring fits beautifully into the ancient Arab tradition of hospitality.

In October 2014 in San Francisco, Mai and Seham and I worked together to record the seven videos posted on my YouTube channel:

The seven videos are getting a small amount of attention and I hope that they will get more.  These videos present mentoring in simple words, communicating to potential mentors and proteges. If you are interested in mentoring but do not understand exactly how it can work for your circumstances, this series is for you. Mentoring is new to many cultures, and not all languages even have a word for the practice.

One response to “Mentoring in Arab Culture”