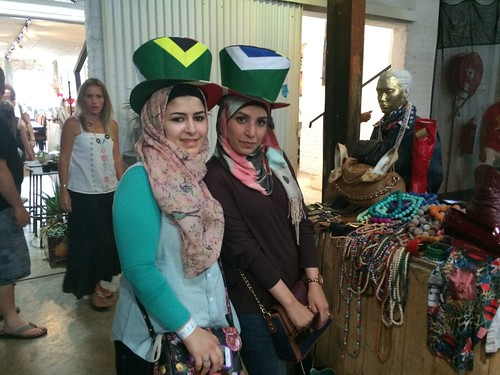 Today, the TechWomen Delegation (senior technical mentors from the San Francisco Bay Area and Silicon Valley, Emerging Leaders from the Middle East and Africa, IIE staff, and staff from the US State Department, Bureau of Educational and Cultural Affairs) had our first formal introduction to Johannesburg. We started with an orientation talk at the hotel, then took the bus to the Apartheid Museum, followed by an informal lunch and shopping at the Arts on Main creative space.

The Apartheid Museum is very well presented and is both fascinating and disturbing. I was happy that the museum did not start South African history with the Dutch colonization (as have two other introduction talks we have heard): it included millennia-old cave paintings and stories of native peoples. I had heard much of the story before but not in such deep detail.

After visiting Arts on Main, we went on a bus tour of the area. We saw many “mothballed” buildings downtown (big unused hotels or office spaces blocked off with temporary boards and brickwork to keep out squatters).  On Ghandi Square the great man presides in bronze in his lawyer’s gown. Johannesburg has both very rich and very poor: we drove past the elegant diamond-inspired De Beers headquarters and also shanty towns. There is now a big lightning storm and it is raining so I am staying in the hotel tonight. 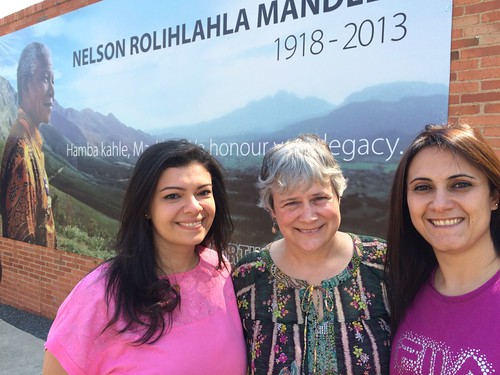 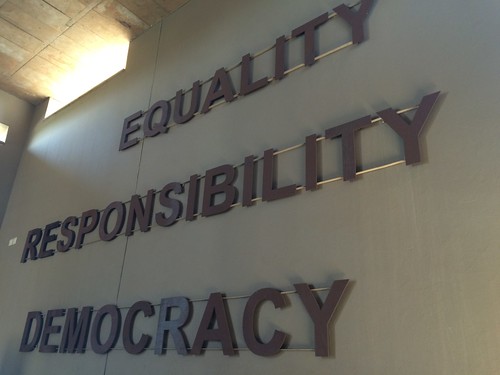 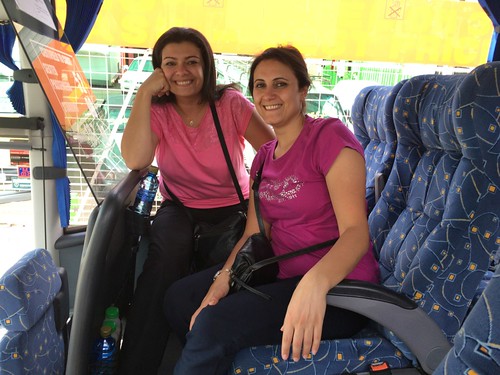 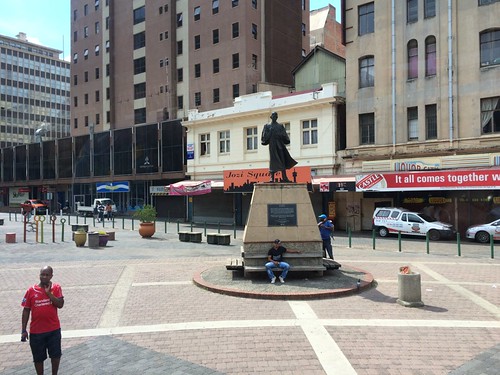 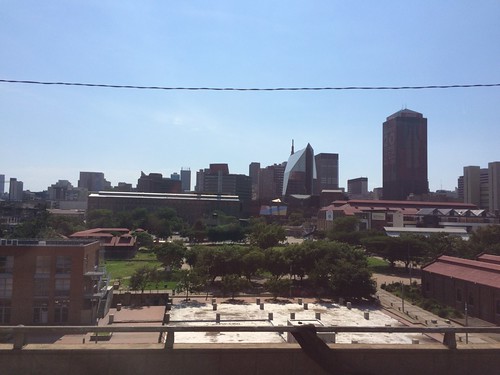 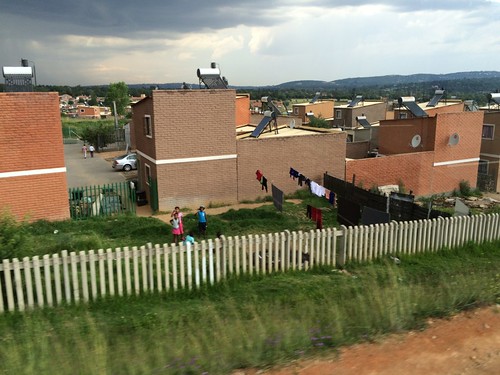 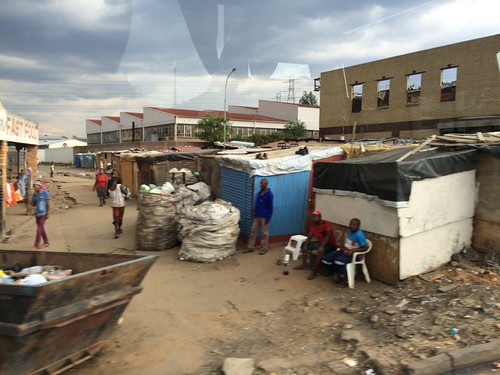