How to Make a Short Video 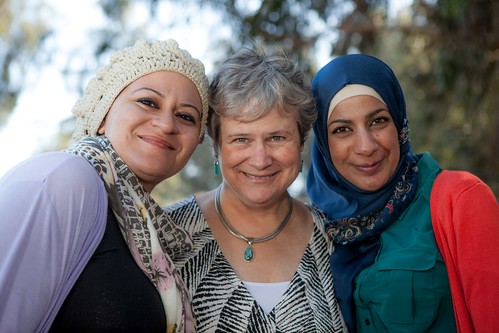 I am working with a group of technical women professionals of ArabWIC (the Arab Women in Computing Association) who want to make a video about mentoring best practices and experiences. ArabWIC, Gaza Sky Geeks, and the TechWomen mentoring program are target audiences. I am delighted to be collaborating on this project with one of my TechWomen mentees, Mai Temraz of Palestine. Mai (and Seham Aljaafreh of Jordan) and I made a series of videos together last year. We now want to make a somewhat longer video, putting together the thoughts and experiences of several experienced mentors and mentees from different countries in the Middle East and Africa.  This is how to make such a short video.

Here are three short video examples from my YouTube Channel:

You see that these three videos are not Great Art but they do get a simple message across.  Searching the web will quickly give you more detailed analyses and instruction, as well as tips on video creation and production.  However, sometimes you are limited in resources and time but still need to get the job done. For example, Meg Desko and I recorded her video in a Tunis hotel room the night after the Bardo Museum attack, when we realized that she would not be able to present at Tunisia Digital Day as planned.  Her video was presented in her stead.

Our focus was on simple, cheap, fast, and good-enough:

For each of the three video examples, we recorded many attempts before achieving a video that satisfied. I think 15 takes was our highest number! Our requirements for a final recording:

I will stitch all the little videos together into a longer video (using iMovie), for posting to YouTube this month. Wish us luck!

2 responses to “How to Make a Short Video”