On 12 October 2019, the Correctional Institutions Chaplaincy and its large volunteer community honored the Rev. David Robinson who recently retired as CIC Executive Director. The program for the event was titled “Jail Break – Freedom on the Inside.” Dave is a remarkable and inspiring leader who has served in jails and prisons for over forty years, 34 of them working for CIC. Dave was also honored as a Community Hero in 2016 by the Santa Clara County Board of Supervisors with the Commendation pictured here. Dave’s successor as CIC Executive Director is the Rev. Liz Milner who gave one of the tributes, gently teasing him about the mascot rat skeleton in his office (now named “Dave Junior”), and celebrating Dave who:

Eloquent tributes to Dave were given by Christian, Buddhist, and Muslim chaplains, men and women for whom he has long been a mentor and role model. Some read letters from incarcerated men who wanted to pay tribute to their pastor.

At the party, Dave made available a photo he calls “The Cross of Light.” He wrote: “I took this picture in 1978 at the Correctional Medical Facility in Vacaville during my chaplain internship. Given all the security restrictions of a maximum security psychiatric prison, it was a complicated process… The symbol of a cross of light in this hell hole has been a constant reminder and challenge of God’s Powerful presence in the places of greatest need.”

I met Dave in 2015 when I was first trained as a volunteer jail chaplain. I am grateful that he took a chance on me and my vision for a weekly college-level faith-based inmate study program. I will always remember what I thought was a preliminary phone call during which I explained my idea to him. It ended with Dave saying, “Are Wednesday nights good for you?” I have been going into Elmwood jail almost every Wednesday night since that call. I have gone into jail as a mentor, teacher, and chaplain volunteer about 350 times to present the Education for Ministry, and Transforming Literature of the Bible programs with my Co-Mentors in two dorms. This ministry continues to be one of the most positive, profound, and powerful experiences of my life.

Thank you, Dave, for your service and love where it is most needed. 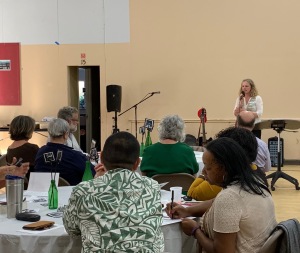 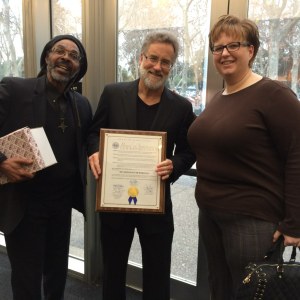 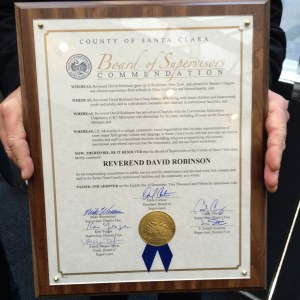 If you want to receive Katysblog posts by email, please sign up using the Sign Me Up! button (upper right).
Images Copyright 2015- 2019 by Katy Dickinson, except for “The Cross of Light” – Image Copyright 1978 by David Robinson.

One response to “Honoring the Reverend David Robinson, Jail Chaplain”