Rwanda on my mind 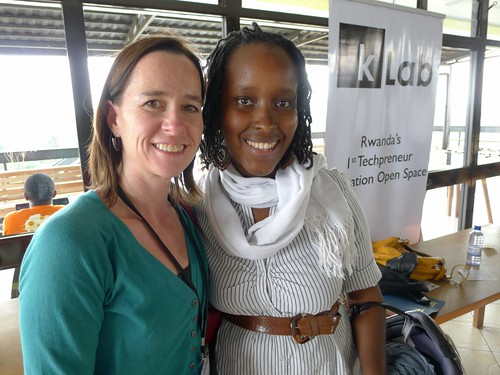 I have been thinking during this twenty year anniversary and rememberance of the Rwandan Genocide of the remarkable emerging leaders I met during my recent visit as part of the TechWomen Rwanda delegation. Tomorrow, at the American Association of University Women (AAUW) California convention in Los Angeles, I am giving a breakfast talk on mentoring.  I will open my talk by describing the delegation’s visit to meet the inspiring Gashora Girls Academy (GGAST) in Rwanda – as way of illustrating how mentoring is about meeting people where they are.   I have been saving the Rwanda remembrance news stories served up by my Feedly reader, as a way seeing how the world understands these events and what came after. Here is what I have so far: 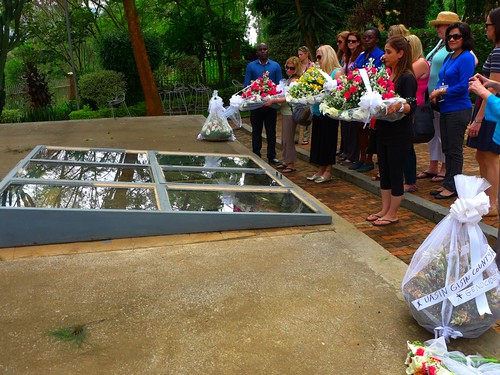 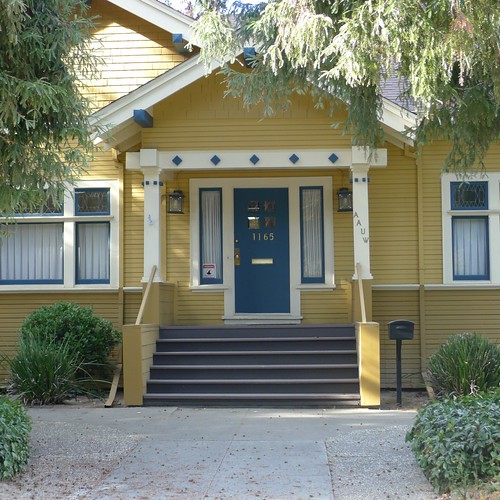 The American Association of University Women (AAUW) is holding their California convention this weekend in Los Angeles. Tomorrow, I am giving a breakfast talk on mentoring.  I am a member of both the San Jose and California Online branches of AAUW and am looking forward to the big event! 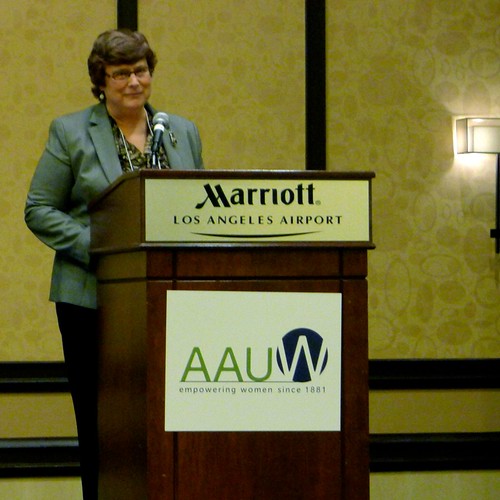 This weekend, I became a member of the San Jose branch of the American Association of University Women – AAUW. I was honored to give a presentation about mentoring at the national AAUW meeting in New Orleans in June and have continued to be impressed by the effective and interesting work of this venerable organization. Newly-elected Santa Clara County Supervisor Cindy Chavez joined the San Jose branch the same day I did – that’s her photo above. I am also a member of the California On-line AAUW branch.

Patrick Schmitt (Chancellor at the West Valley-Mission Community College District) gave a excellent talk about the future of higher education. He predicted that in 30 years, the higher education model will be “bespoke” – customized and driven by student success and student-focused measures. This reminded me of the future presented in Neal Stephenson’s remarkable novel Diamond Age. AAUW San Jose also awarded tech-camp and college scholarships to over a dozen young women at the meeting.

On our recent vacation to Loon Lake, Wisconsin, I made some observations about girl style and boy style. My husband John was much in demand to drive the Starcraft speed boat for the nine kids at our family cottage. As his spotter, I sat backwards and watched the kids riding the tube or skis or wakeboard: to be sure they were safe and to relay their hand signals (“faster” “slower” “stop!”) to John – while of course taking pictures of all the fun! This was a small group of children, ages seven to eighteen, with six boys and three girls, who participated in dozens of speed boat runs over six days.

Most the kids wanted to do tricks while riding the fast-moving tube – such holding their hands up, kneeling or standing up. Our first day out, I got tired of the boys energetically blocking the girls from any participation. After enough of this, I set up a girls-only ride to encourage them to get started. The two teenage girls took several runs with the seven year old between them on the tube. Then the big girls took some runs by themselves. On one of these runs, I saw the girls do something I had never seen before: they held hands and balanced against each other so that both could stand (see Photo 1). The boys were out for themselves – sometimes even holding each other down in their efforts to do the best trick (see Photo 2). After their girls-only ride, the girls seemed more willing to compete for speedboat runs.

My vacation observations are not statistically-valid but the competitive behavioral patterns are interesting nonetheless. For more, check out “Are Men Really More Competitive Than Women?” by Melissa Lafsky (2008) who commented on insights into the underlying sources of the observed gender differences in an early version of the research paper “Gender Differences in Competition: Evidence from a Matrilineal and a Patriarchal Society” by Uri Gneezy, Kenneth L. Leonard, John A. List (2009).

Because of my professional work with the Anita Borg Institute, TechWomen, and the American Association of University Women, I am frequently asked what can be done to increase the number of girls and women in STEM, and particularly in the very-competitive technical fields. After observing some highly-successful programs (such as that of Dr. Maria Klawe at Harvey Mudd College and Dr. Jane Margolis and Dr. Allen Fisher’s Unlocking the Clubhouse work at Carnegie Mellon), I know that fast and effective change is possible. The best way to start is not to pretend that girls and boys are the same but rather to give girls a good beginning: a chance to have fun, to experiment and succeed in a supportive environment before taking on the whole world.

I am at the American Association of University Women (AAUW) national convention in New Orleans, Louisiana – an impressive experience and a remarkable organization. Presenters included Lilly Ledbetter, Linda Alepin, and US Senator Olympia Snowe. On behalf of MentorCloud, this morning I presented an “Online Mentoring” Special Interest Group (SIG) with Deepti Gudipati, Director, Leadership Programs at AAUW.

This is my first AAUW meeting ever, and my first visit to New Orleans in thirty years. I enjoyed seeing Bourbon Street and walking along the Mississippi river. There are over 100 other women here from California and I was honored to join their state members picture tonight.

It seems typical of the interests and accomplishments of the AAUW women I have met that there have been three new book signings as part of the national convention:

Lilly Ledbetter
Grace and Grit – My Fight for Equal Pay and Fairness at Goodyear and Beyond:

US Senator Olympia Snowe
Fighting for Common Ground: How We Can Fix the Stalemate in Congress:

In preparing to go to the American Association of University Women (AAUW) national convention in New Orleans, Louisiana, next week, I have made three mentoring resources available for easy and free download:

19 October 2019: Links updated. The conference book version of Triangular Partnership: the Power of the Diaspora is available for free download. For more about MentorCloud business practices, see Collecting a Labor Judgement (15 January 2016).

For the Grace Hopper Celebration of Women in Computing (“GHC-13”) in October, I look forward not only to presenting a poster (“Lifetime Value of Mentoring to Technical Women” with Andrina Chaffin) but also a Student Opportunity Lab (SOL) topic: “Empowering Technical Women Through Global Mentoring” (with Sukaina Al-Nasrawi of Lebanon, Adla Chatila of Lebanon, Heba Hosny of Egypt, Maysoun Ibrahim of Palestine, and Trish Tierney of the US Institute of International Education). The Hopper Conference registration just opened and they have announced that Keynotes and Plenary Sessions will include Maria Klawe (President, Harvey Mudd College) and Sheryl Sandberg (Chief Operating Officer, Facebook and Founder, Leanin.org):

Next week, I am going to present at another women’s convention – new to me! – the American Association of University Women (AAUW) Convention 2013 in New Orleans, Louisiana. AAUW Convention speakers will include Lilly Ledbetter and US Senator Olympia Snowe. AAUW has asked MentorCloud to present an “Online Mentoring” Special Interest Group (SIG):

Mentoring is a remarkably successful method to accelerate learning and growth, for both mentors and mentees. Come learn from an expert about how professional mentoring works. Hear about best practices and return on investment as well as real-world success stories from a variety of programs.

I have not been to New Orleans for many years and am curious how it will be different since Hurricane Katrina in 2005.  I am in the process of developing the presentation materials for both of these events now.

My daughter Jessica Dickinson Goodman also had her GHC13 poster accepted: “The Arduino Dress: Be Your Own Light in Dark Places”.  I look forward to sharing the Hopper Conference with her again this year!