Regardless of the COVID-19 pandemic, wildfires, and terrible air quality, my cactus garden has been happy this year. Several species which usually only flower once a year have bloomed again. The local honeybees are delighted to roll around in the pollen of huge flowers. There was enough prickly pear cactus fruit that my daughter Jessica made syrup from it, and John made pancakes to celebrate!

If you want to receive Katysblog posts by email, please sign up using the Sign Me Up! button (upper right on Katysblog home). Image Copyright 2020 by Katy Dickinson and Jessica Dickinson Goodman. 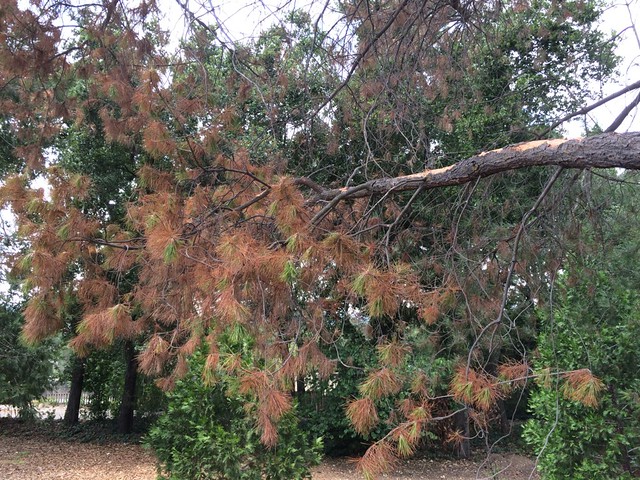 On 28 May 2015 in downtown San Jose, California, the San Jose Water Company held the first and only public hearing on their Proposed Water Shortage Contingency Plan – that is, how they will respond to Executive Order B-29-15 by the Governor of the State of California (signed 1 April 2015) requiring a further statewide 25% reduction in potable urban water usage through February 28, 2016. The private San Jose Water Company serves over a million people in the greater San Jose metropolitan area (about 230,000 paying customers) – including many in core Silicon Valley cities: Campbell, Cupertino, Los Gatos, Santa Clara, San Jose, and Saratoga.

In his introductory remarks, John B. Tang (Vice President of Government Relations and Corporate Communications, San Jose Water) said that they expected a decision by the California Public Utilities Commission (PUC) by 15 June 2015. He further mentioned that there has already been a 17 foot drop in groundwater during the last year (subsidence) and that it would take up to 300% of normal rainfall to retreat from the drought.  Mr. Tang said that San Jose Water is asking for residential customers to cut 30% of their water usage – by average rather than by individual customer usage. There will be an appeal process published later to address issues of medical needs and larger-than-4 family size. Palle Jensen (Senior Vice President-Regulatory Affairs, San Jose Water) and Bob Day (Director of Customer Service, San Jose Water) also spoke.  Mr. Jensen in particular expressed his frustration in only having 25 days to prepare their plan.  He several times blamed the plan’s shortcomings on the short development time allowed and on requirements given to San Jose Water by the Santa Clara Valley Water District and other agencies.

My son Paul and I were among about 350 upset local citizens, landowners, and small business owners who attended the meeting.  All who spoke objected to how the San Jose Water Company has chosen to respond to the Governor’s new water reduction order. Of the dozens who came to the microphone after many hours of patiently standing in line in the auditorium, no one objected to conserving water or minimized the seriousness of the California drought, now in its fourth year. They did energetically disapprove of how the San Jose Water Company proposes to respond.

Our own family lives in the Willow Glen neighborhood of San Jose, part of the San Jose Water Company’s service area.  We have a large lot bordered by the Guadalupe River. As I wrote in February, the Guadalupe River in San Jose was dry in summer 2014 for the first time since we bought our house 18 years ago. The river rose this winter but only a few water pools are left now. Our riparian property is home to a large number and variety wild animals, including birds, reptiles, amphibians, and insects.  We have dozens of very large trees – old native oaks, cottonwoods, redwoods, ashes, olives and other nut and fruit trees – that are already stressed by the long drought. We have been reducing our water use for many years and are in the process of applying to the Landscape Conversion program of the Santa Clara Valley Water District. That is, we are letting our lawn die and planning to replace the grass with less-water-hungry plants. We will redirect the lawn water to do what we can to save our trees.  Fires set by the homeless who often settle along the riverbank are a big concern for us.  There was a serious fire caused by a campfire a few years ago just upstream from our house.  We are very motivated to keep our trees watered and in good health to reduce fire risk.

From the 9th edition of the New Sunset Western Garden Book: The Ultimate Gardening Guide (2012) p.719:

“How to Fight Drought:
When drought comes, and with it the possibility of local bans on lawn watering or punishing hikes in water bills, what can you do? It’s too late at that point to install a water-conserving landscape, but you can take steps to save the plants you have.
Save established trees and shrubs first. These are costly to replace and have the greatest impact on your landscape. (A lawn can be replaced with sod in an afternoon, but a 70-foot-tall redwood can take 20 years or more to replace)….” 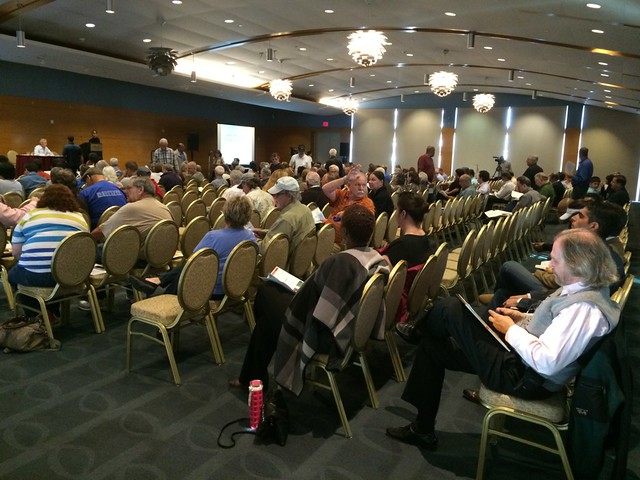 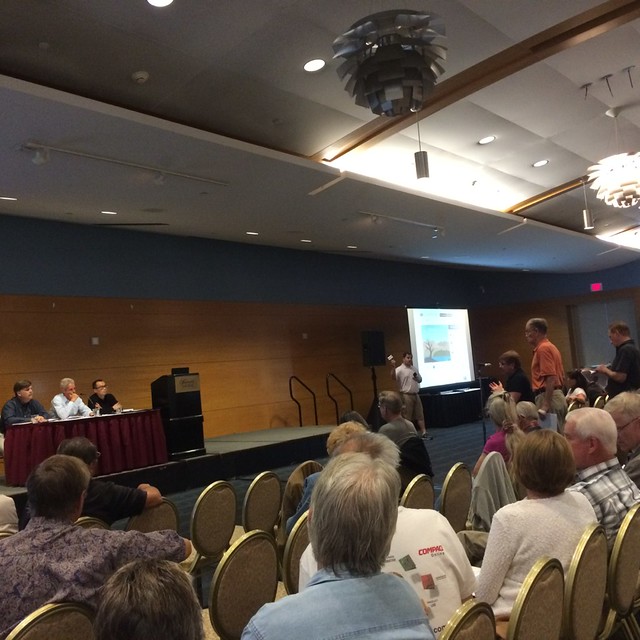 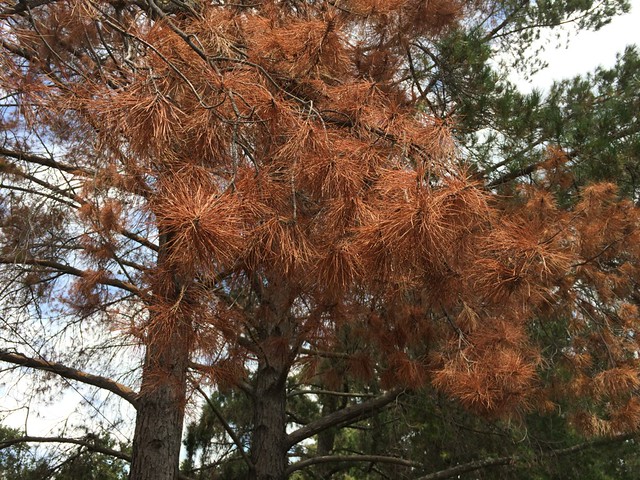 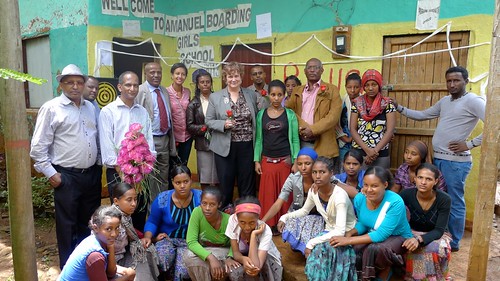 The People to People team (US and Ethiopia-based doctors, plus me) have been visiting partners and supporters, friends and family this weekend before the start of the Pan-African Medical Doctors & Healthcare Conference this week in Addis. We drove from the capital Addis Ababa through the dramatic Blue Nile Gorge to Debre Marcos (staying at the Gozamen Hotel in Abiyot Square), then to Bahir Dar on Lake Tana (staying at the Summerland Hotel). In addition to seeing the lovely and fertile countryside, institutions we have visited include:

Dr. Enawgaw Mehari (President and Founder, People to People) presented six boxes of chemistry, math, biology and other college texts to Debre Marcos University. During the Debre Marcos University tour, we visited some cows (part of the farm school), and their computer lab.  Dr. Enawgaw also presented a donation check of $1833 raised by 8-year-old Emma Jewel Lewis and her family in West Virginia to the girls of the Amanuel Care Center, where we visited some beehives and talked with 14 of the 56 girls. With their education and P2P support, the girls ambitions are to be a:

We also visited six of the Amanuel Care Center girls who have already started their university studies on our way out of Addis. We were impressed by our tour of the clinic and diagnostic lab of the Addis Vision Higher Clinic. I am still uploading photos.

We have enjoyed eating many meals on injera flatbread and have been honored to join traditional dancing.  I particularly like the delicious results of the coffee ceremony. All along the way, our car has been regularly stopped by donkeys, cows, dogs, goats, and people dashing across the road, very exciting at night. I suggested adding reflectors to the animals’ tails… 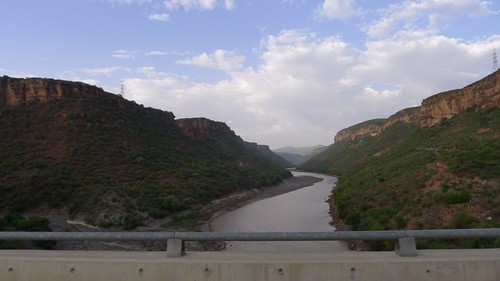 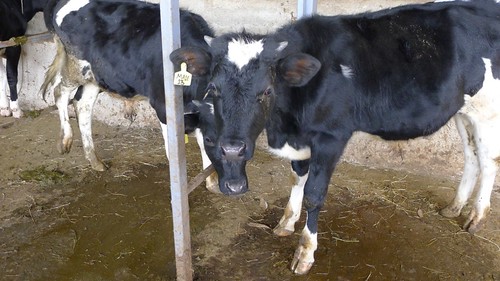 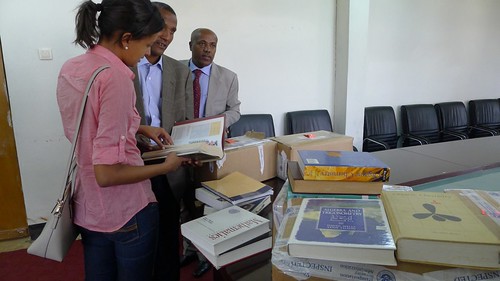 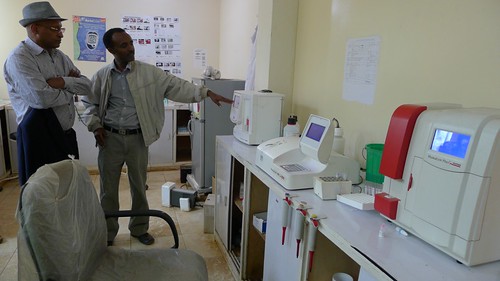 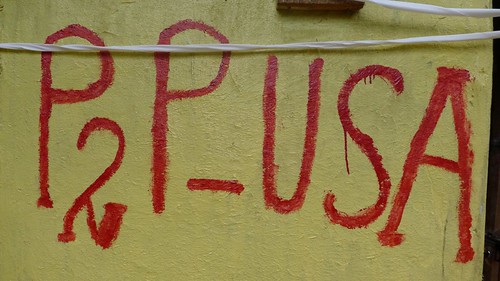 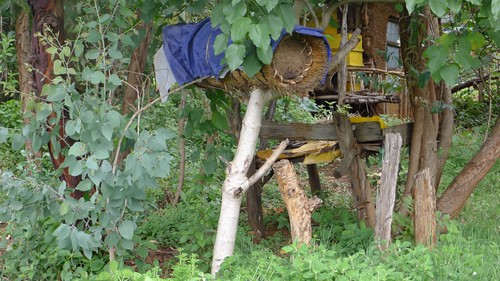 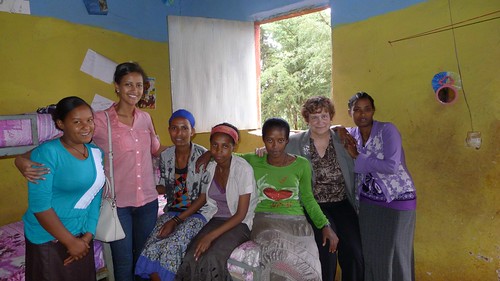 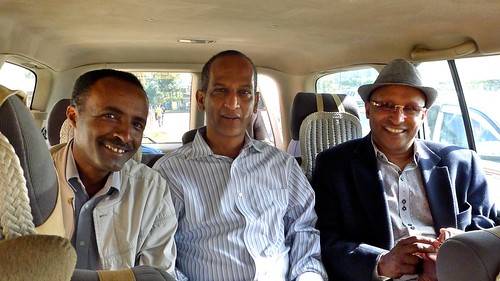 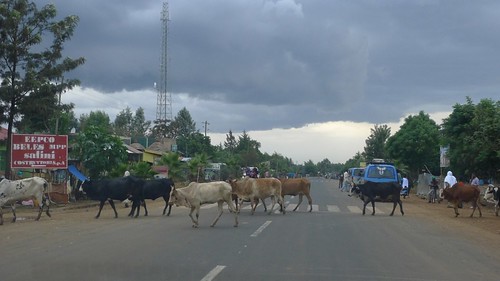 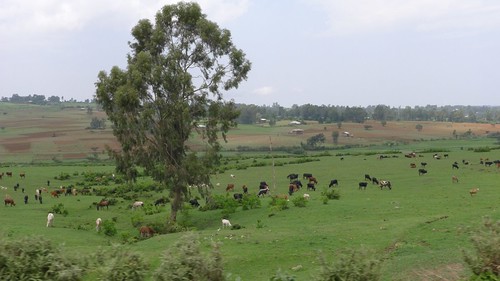 I am back in the Silicon Valley (land of great Internet access), catching up on blog posts from last week in Rwanda…

On Friday, 7 February, the TechWomen delegation visited CEO Clarisse Iribagiza and her startup team at HeHe (creators of SuperCow games), and Jon Stever of The Office, a co-working space in Kigali, Rwanda.  After this last morning with our delegation, five of us visited the Inema Art Center and Ivuka Arts Kigali to enjoy a better class of local painting.

Then, eleven TechWomen mentors headed out to the mountains with Terra Incognita Ecotours on our way to visit the Mountain Gorillas and Golden Monkeys.  Along the road to the Mountain Gorilla View Lodge, we saw two genocide memorials that our driver Charles said were graves of thousands slaughtered at checkpoints during the 1994 Rwandan Genocide. Charles was part of the Rwandan army that stopped the genocide. We also saw delights such as a young biker hitching a truck ride up the mountain, and rolled up bee hives in the eucalyptus trees that line the road.

Walking through Willow Glen yesterday, I enjoyed seeing real and imagined Halloween in close proximity.  The yard in front of a house carefully draped with plastic cobwebs featured a real spiderweb as wide as my outstretched arms, with a huge spider in the center – much creepier-looking than the fake one tied to the gutter.  The inflated hellcat menacing the sidewalk was not so interesting as the green-eyed pet hanging out with a jack-o-lantern on the front step.

Last week, John and I visited his Plocher family at Loon Lake, Wisconsin. We were last there in 2009 for his parents’ 50th Anniversary. We re-painted the orange and white window trim on the front of the cottage and spent much time in boats, enjoying family and the lovely peaceful surroundings. In addition to Cassie the cocker spaniel and our human family, there were animals (mostly birds and bugs) with us everywhere. The Osprey fish eagles, Bald Eagles, and Loons were the most spectacular but the variety of dragonflies was fascinating. My least favorite were the swarms of biting mosquitoes.

Since July 2012, I have walked over 1,250 miles, according to my FitBit activity tracker – that comes out to about 4 miles a day. On my long walks in the Willow Glen neighborhood of San Jose, California, I often see fellow exercisers, such as the bumblebee pictured here. She seems to be doing calisthenics while collecting thistle pollen.