In Memory of Danny Cohen

I was very sorry to learn of the passing of Internet Pioneer Danny Cohen this week (1937-2019). Danny and I worked together at Sun Microsystems Labs in Menlo Park, California. These pictures are from a talk Danny gave in 2009 about VOIP and the start of the internet, from just 4 sites in 1969 to 45 sites in 1974.

Danny and I worked together on several projects:

My husband, John Plocher, and Danny and I attended Edward Tufte’s class on “Presenting Data and Information” together in 2008. In 2010 as Sun Labs was transitioning to Oracle, I took the pictures below of Danny’s office.

I very much enjoyed being interviewed by Akshay Birla for his “Life of the Mind” podcast last month. He just published the interview as “Episode 19 | Katy Dickinson on Technology, Mentoring, and Religion”.

Katy Dickinson has been around the tech-block. Hired by Eric Schmidt at Sun Microsystems, she literally wrote the book on the software development lifecycle that Sun used for release of almost 10,000 releases. She is a technologist, entrepreneur, mentor, and writer.

In our conversation Katy talks about her work as a technologist on creating processes:
A process has to not assume that you have world-class people working on it. A process assumes that that not everybody — while they are good-intentioned and competent — [is] perfect. You have to have a system that allows for lack of perfection but can work if you have the best that there is.

and the futility of only having excellent coders:
A good coder is a wonderful thing to have but you have to create something that the customer wants and feels comfortable with. Good coding and user experience are sometimes at odds.

But we spend the most of our conversation talking about mentoring programs that deliver high return-on-investment, and the intersection of religion and technology.

On the importance of example and networking provided by the Grace Hopper Celebration:
While they may be the only women in the room – which has certainly been my experience in 30+ years in the Silicon Valley – there are a lot of rooms.

Listening to your own recorded voice is always surprising – it sounds so different from the inside!

Being the Only Woman in the Room

This week I met the Rev. Liz Milner, new CIC Chaplain for Elmwood Jail where I hold a weekly Education for Ministry (EfM) seminar in a men’s medium-security dorm. During this introductory conversation, I mentioned to Liz that I was comfortable working as the EfM Mentor in a men’s facility. After so long working as an executive in Silicon Valley technical companies, I would have to be comfortable being the only woman in the room!  NCWIT reports that only 25% of US professional computing jobs are held by women, with numbers much lower at senior levels.

For decades I designed and managed programs for Sun Microsystems such as the TAB – Technology Advisory Board, pictured above. It was an honor to work with world-class innovators and leaders like Ivan Sutherland, Greg Papadopoulos, and Danny Hillis, but with very few exceptions, they were all male.

Women in technology meet each other at conferences, like the annual Grace Hopper Celebration of Women in Computing (over 15,000 attended in 2016 – about 90% of whom were women), or in professional programs like TechWomen or Technovation.  We keep aware of our accomplishments as a group by means of projects like the Notable Technical Women cards and posters, and by awards such as Women of Vision. Women geeks are often the only female in the room – but there are many rooms! 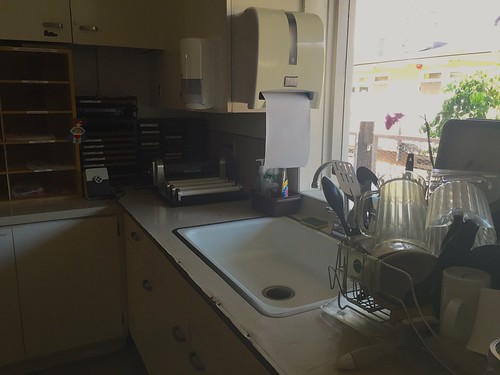 Current news about Bathroom Bills and silly videos like “Sitting in Bathrooms with Trans People Ep. 1” reminded me of how the Silicon Valley company where I worked decades ago managed the bathroom question.

Our company loved to dress up for Halloween. One year, Angel*, a very tall Hardware Diagnostics staff member came to work on Halloween dressed as a woman. Up until then, we had thought of Angel as a man, so when he loomed over all of us wearing platform shoes and a dress, it was considered a very good costume. The next day and after that, Angel continued to dress as a woman. For most of us, this was our first experience with a Transgender person and there was initial confusion; however, we had work to do and most of us ignored Angel’s transition as being none of our business.

Then, we noticed Angel using the staff break area sink for tooth brushing. When I asked why not brush in the bathroom, Angel said that the men in our building objected to sharing the Men’s Rooms and had forbidden her access.  Angel said she waited until she got home to use the toilet but that she wanted to brush her teeth after meals.

The next week, the women staff (Engineers, Managers, Support, and Administration) went to lunch together to discuss what to do. A few days later, several of the women met with Angel and offered her use of the Women’s Rooms.  Angel agreed.  The only real change in behavior was after that, the women used bathroom stalls for privacy when changing clothes.  The men continued to be rude to Angel but at least she had a place where she could brush her teeth and use the toilet at work. 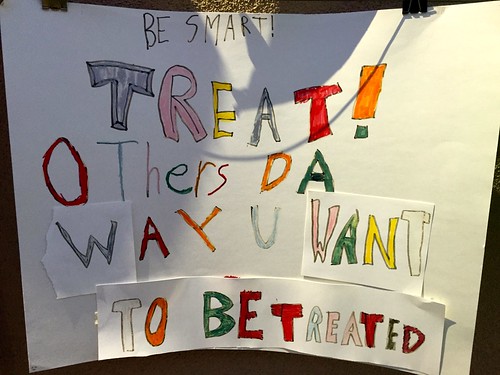 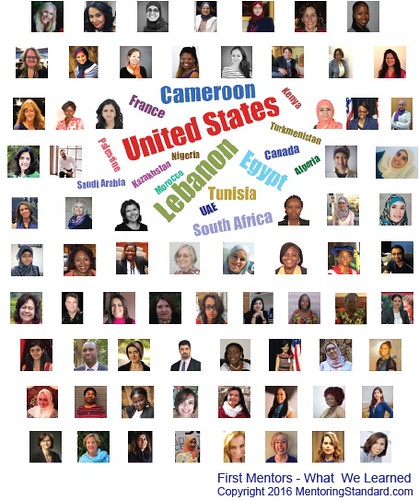 Mentoring Standard‘s 16 page report on the first 72 Certified Mentors is now published: “First Mentors – What We Learned” (by Katy Dickinson and John Plocher).

Executive Summary
This is a baseline report on mentors certified by Mentoring Standard during its first year in business. Subsequent reports will expand on this material. This report presents demographic, geographic, and professional information about the first cohort of 72 Certified Mentors, plus information on mentoring as a practice that has demonstrated consistent and remarkable benefits. Nine conclusions are made but understanding of other patterns will need to wait for a larger group to analyze. Detailed comparisons are made with one of the few large sets of data published on professional mentoring – that of Sun Microsystems Engineering.

The information in this report is drawn from an interconnected worldwide community of dedicated mentors – not a general population. In this first cohort, there are far more women, highly educated and technical professionals represented among the Certified Mentors than are in the general public.

The top three conclusions in this report are:

The intended audience for this report is current and potential Certified Mentors, customers of Mentoring Standard, academics and professionals interested in how mentoring actually works. I look forward to your comments and questions! 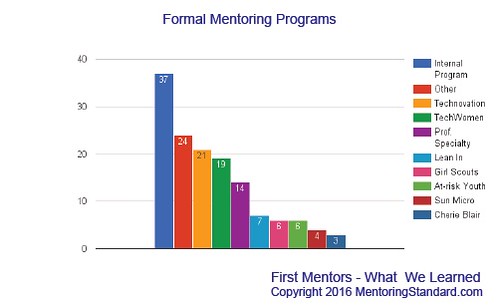 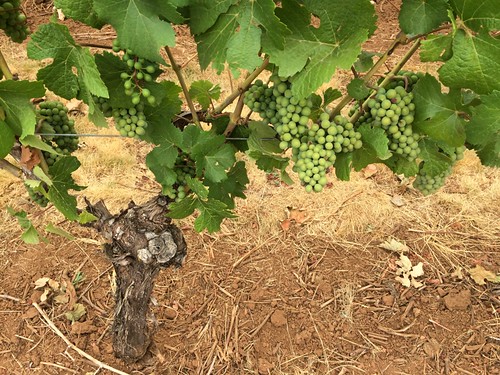 On the drive home from vacation in the San Juan Islands in Washington State, last week John and Paul and I visited two wineries in the Willamette Valley, south of Portland in Oregon. At the recommendation of my business partner, Kathy Jenks, we tasted wines at Willakenzie (founded by former Sun Microsystems executive Bernard Lacroute), and also at Domaine Serene. The area is famous for its Pinot noir grapes and wines.  We came home with a case of bottles to enjoy during the coming year.  I am not sure why Domaine Serene had a full-size wolly mammoth sculpture on the grounds but it makes for a good photo. 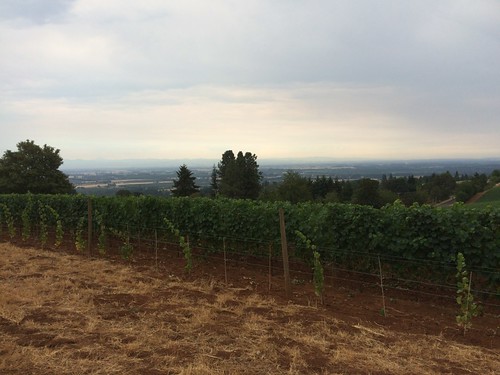 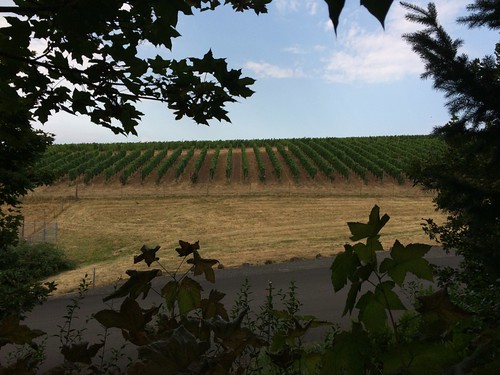 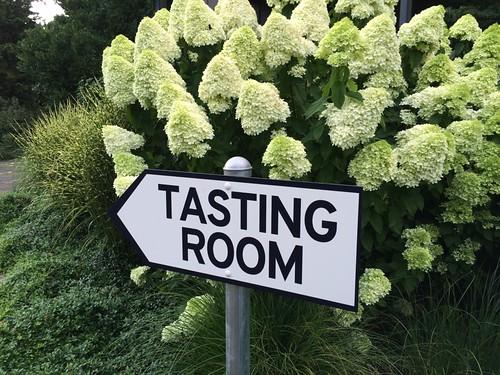 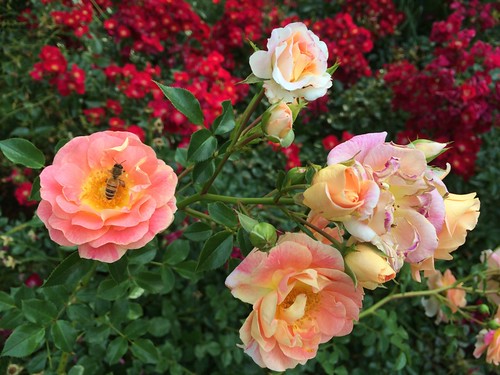 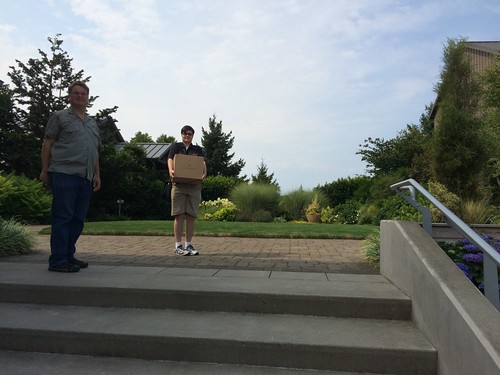 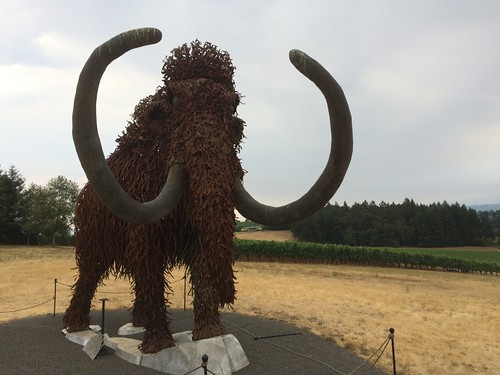 Here are the five key questions to ask when starting any new project or venture:

Thanks to Sun Microsystems Chief Engineer Rob Gingell for asking me versions of these so many times for so many years that they have become automatic.